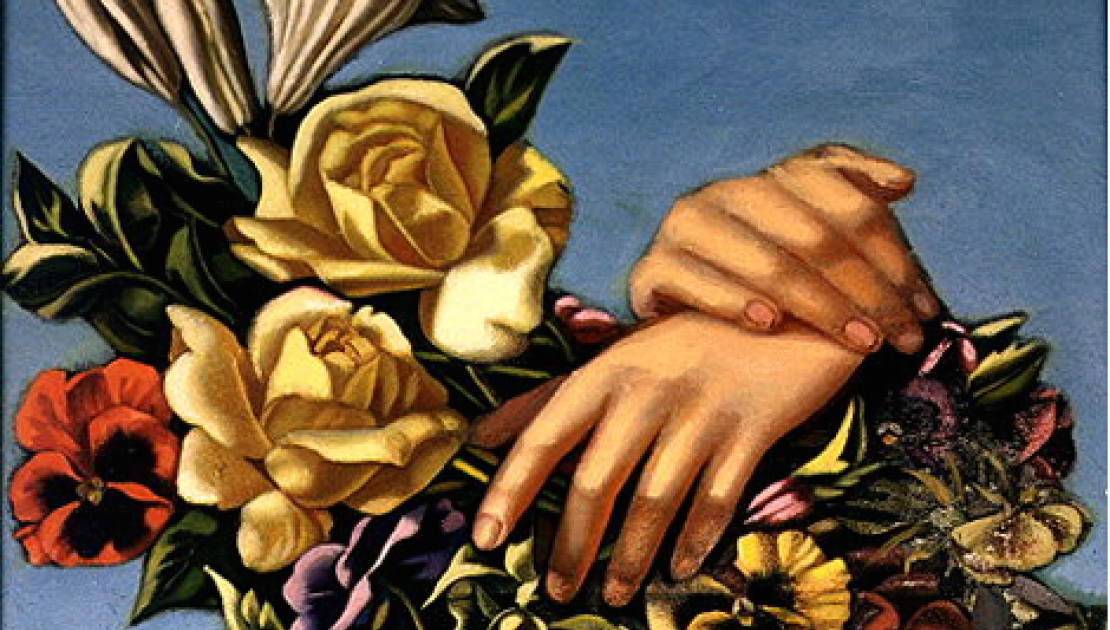 This monographic course offers a reflection on the transversality between two artistic disciplines, fashion and painting, through the work of a series of artists we have called ‘fashion evangelists.’ We specifically refer to four female artists who breathed new life into art and knew how to break with the established canons, both in their biographies as well as in their dress, all from the perspective of contemporary vanguardism.

Sonia Delaunay (1885-1979) was a key figure in the early Parisian avant-garde. Together with her husband, the painter Robert Delaunay, she embarked on an artistic adventure which, based on contrasts of colour and the dissolving of form through light, led her towards abstraction.

Delaunay, of Russian origin, took a multidisciplinary approach to art, moving from painting to interior design to fashion (and back again). Paintings, fashion designs and textiles were added to her innovative collaborations with poets and writers with startling naturalness. A simple child’s blanket she made for her son Charles in 1910 led her to change her artistic course and discover, in fashion, a new means of expression. That design was reminiscent of the current patchwork, through which the artist aspired to follow (and keep alive) the tradition of Ukrainian mothers. After founding the so-called Simultanism art movement with her husband in 1917, Delaunay opened her boutique, Casa Sonia, in Madrid, which would dress some of the most renowned international figures, Gloria Swanson among them, in her ‘Simultaneous Dresses.’

Tamara de Lempicka (1898-1980) immortalised the sophisticated, uninhibited and fiercely liberated women of the nineteen-twenties in her art. The paintings of the queen of art déco are an accurate reflection of the female figure in the jazz era. Halfway between Ingres’s nudes and Soft Cubism, the portrait is the most predominant genre in her work. The vibrant colours and an elegant and frozen sensuality set the standard for an easily recognisable style that has inspired the world’s most important fashion designers, from Versace to Ralph Lauren. In time, she herself became a fashionista, knowing how to use clothes as a powerful advertising tool for her own image. She often wore designs by couturiers and fashion designers such as Schiaparelli, Lucien Lelong, Rose Descat or Marcel Rochas. This strategy afforded both her and her designers extensive visibility in the pages of society magazines.

Maruja Mallo (1902-1995) dressed painting in fashion and from that communion a new entity was born. Throughout her life she was a loyal follower of the fashion trends of the time. From her poses with painting dressed in the style of the nineteen-thirties in Madrid, to reappear in the eighties, with the movida Madrileña in full swing, dressed in furs, deliberately overdone makeup, Mallo embodied femininity as a masquerade.

Fashion is the common thread running through her work. During her most surrealist phase, she explored the world of mannequins and window dressing. At the end of the nineteen-twenties, she portrayed folklorism through still lifes of mementos or everyday objects painted under the influence of art déco. Also at around this time her work reflected the yearning for female emancipation, with paintings of active women swimming or cycling. At that time, fashion’s main reference was Coco Chanel, who, by abandoning the corset and adopting woollen tweeds, bathing costumes and trousers, designed the modern woman, an ideal portrayed and embodied by Maruja Mallo herself.

In the decade of the nineteen-thirties her geometric portraits, influenced by machinism and the idea of the female worker, offer a rationalist review of art déco, which runs parallel to the work in the fashion world of Madeleine Vionnet, who, with her dresses cut on the cross, geometric and rational, portrays the female image of the time. In the nineteen-forties and fifties, her monumental portraits of female effigies emphasise the hair and makeup styles of those portrayed, but not as an accessory, rather the focus of the painting lies essentially in the detailed pictorial recreation of those very nuances. They are representations which take the same direction as the novel trends created for the catwalk by Elsa Schiaparelli or Christian Dior.

Frida Kahlo (1907-1954), with her totally personal style, would continue to inspire and influence the world of fashion, media and art. Observing her portraits, we can see that Kahlo understood the importance of the image and attitude, well before these words were to become a part of the marketing terminology of more modern times. To her, life was theatre and clothes her stage wardrobe, whether that were a male suit in her adolescence or the Mexican style she adopted after her marriage to Diego Rivera. With the aim of camouflaging her physical imperfections, Frida wore the regional tehuana dress, concealing a torso oppressed by the corset that kept her spine in place, while the long skirts disguised the deformity of her shorter right leg, for which she designed a platform shoe. Today, she is automatically identified with this dress; it is simply ‘the Frida Kahlo look’ and has been paid tribute to by important figures in the world of fashion, such as Jean Paul Gaultier, Givenchy, Valentino, Karl Lagerfeld, Lacroix or Kenzo. In her own country, her style, exotic outside Mexico, was considered defiant and provocative. A woman who showed off her moustache and monobrow, dressed as an indigenous Oaxacan, was not exactly a role model. However, her substantial wardrobe included high-quality garments: silks, taffetas and velvets, expensive gold and silver jewellery and even the red leather boot she used as a prosthesis for her right leg (after it was amputated), adorned with silver bells.

29 MARCH. Tamara de Lempicka: the Baroness with a Brush

30 MARCH. Maruja Mallo: from Dandyism to the Movida

31 MARCH. Sonia Delaunay: Art Is All Around Us

BLANCA PAULA RODRÍGUEZ GARABATOS (Santiago de Compostela, 1973) is a History and History of Art researcher and professor. She graduated in Law and History, specialising in Contemporary History and American Studies, from Santiago de Compostela University, and has a PhD in Literary Studies from A Coruña University, her doctoral thesis titled ‘Fashion of the Belle Époque and dress in the work of Emilia Pardo Bazán.’

She has given conferences on fashion in seminars at A Coruña University and took part in the Fashion and Design Conference, held recently in Galicia’s School of Textile Design and Fashion (ESDEMGA) in Pontevedra, and in 2021 was director of the course Dressing the epoch. Fashion, the Eighth Art, organised by the CGAC. She is also the author of the books Emilia Pardo Bazán y la moda and Emilia Pardo Bazán: visiones del dandismo, published by Hércules de Ediciones.

She is a regular collaborator on the film magazines Versión original and Icónica, and has written several articles on the relationships between fashion, literature and art in publications such as Tropelías, Boletín galego de literatura, DeSignis, Cuadernos hispanoamericanos or La tribuna.

The course is addressed to those interested in the history of fashion and history of art.

Registration is open until 17 March 2022. Those interested should email us at cgac.pedagogia@xunta.gal, stating their full name, ID no., academic studies, field of work or interest, email address and contact telephone number. Once the application has been accepted, those registered will be notified of how to proceed with payment.

The CGAC will issue a certificate to all those who attend at least 75 % of the sessions.

Depending on the healthcare situation at the time the course is being given, sessions may be online or face-to-face.