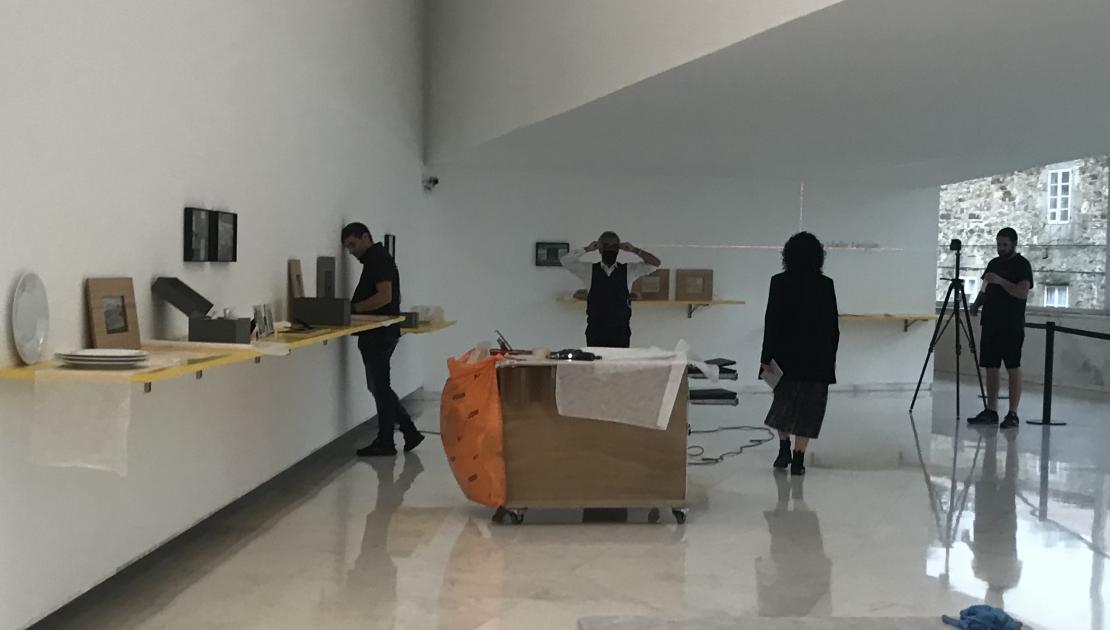 In her creative processes, Narelle Jubelin defines her works by researching and analysing the contexts in which her projects are framed. On this occasion she draws on specific object or literary references within the Galician context and linking them to other mappings and personal references. In the specific case of Nalgures (Someplace), she highlights architectural heritage—housing, community, social and work spaces, including public washing places and cemeteries—and literary and cultural references, or the use of text as image, searching for critical spaces to weave new collaborative projects.

Narelle Jubelin proposes a collaborative project in which she revisits specific spaces, such as the cemetery of Bonaval and the public washing places of Picaños and Sarela. The initiative starts at the CGAC, next to the entrance of the French Route, the main pilgrim route to the city of Santiago de Compostela, marked by itineraries and routes that forge ahead, linking paths and trails. We will reflect on the construction of present day communication routes and their environmental, social, cultural and economic effects on the memory of the landscape and ways of occupying space, and on the formal redefinition of different cultural productions.

Narelle Jubelin (Sydney, 1960) was the cofounder of Firstdraft, one of the first artist-run spaces in Australia in the mid-1980s, and is now part of ABM Confecciones—a space for thought, action and debate located in Madrid, her home city since 1996.

The workshop is aimed at anyone interested in art, especially students and artists.

If you are interested, you can register by sending an e-mail to cgac.pedagogia@xunta.gal. Applications must include the following information: name and surname, ID card number, area of work or interest, an e-mail address and a contact telephone number. Once the application has been accepted, the registered persons will receive precise instructions on how to register.

The CGAC shall issue a certificate to all those who attend at least 75% of the sessions.