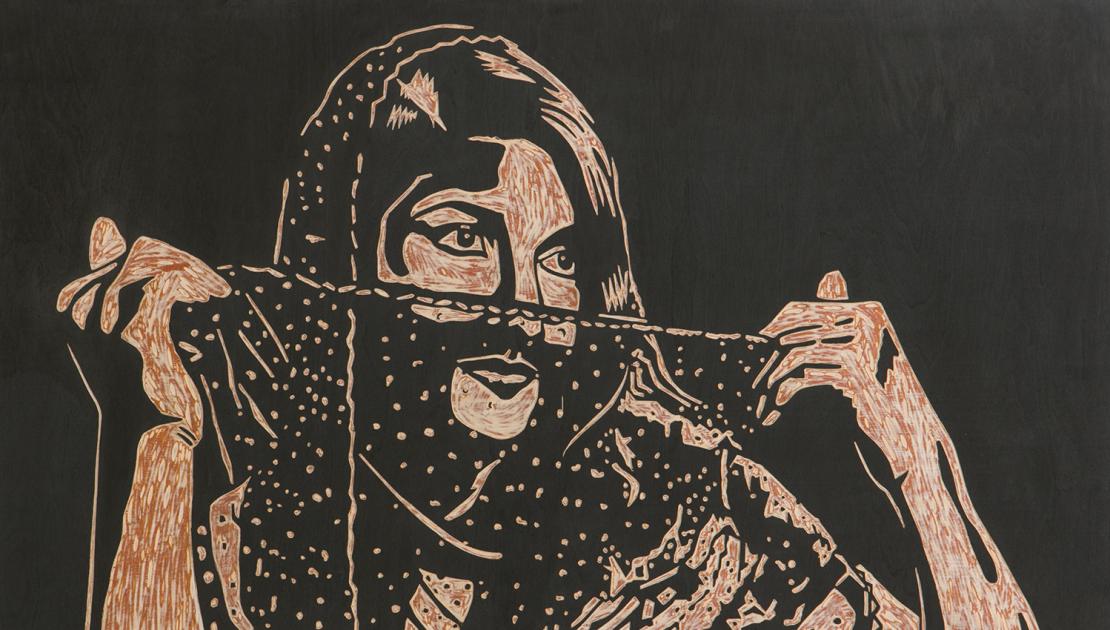 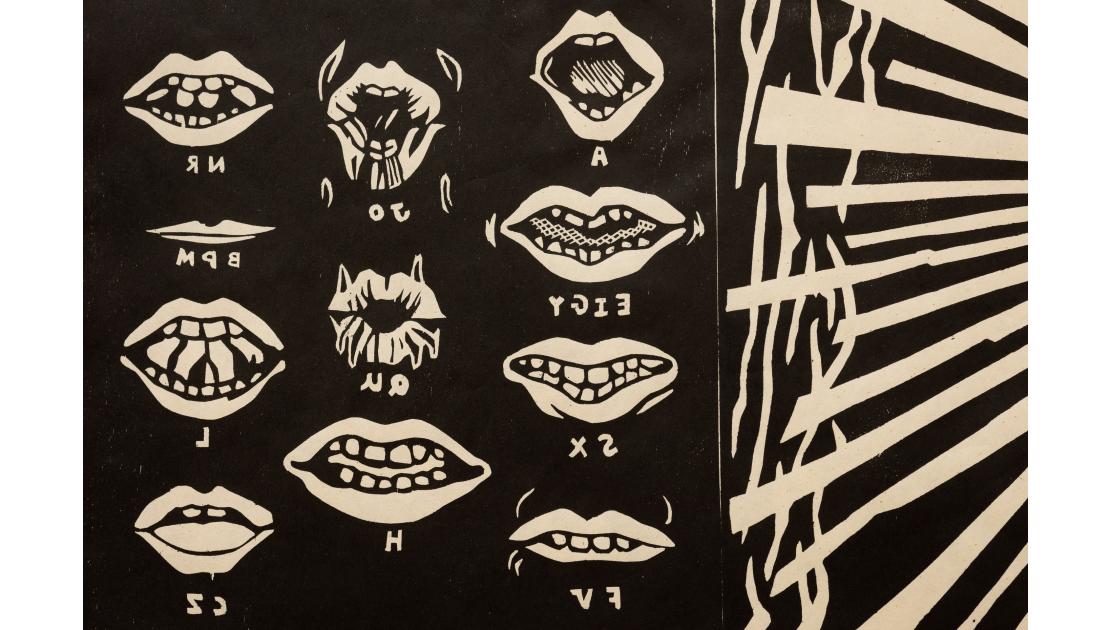 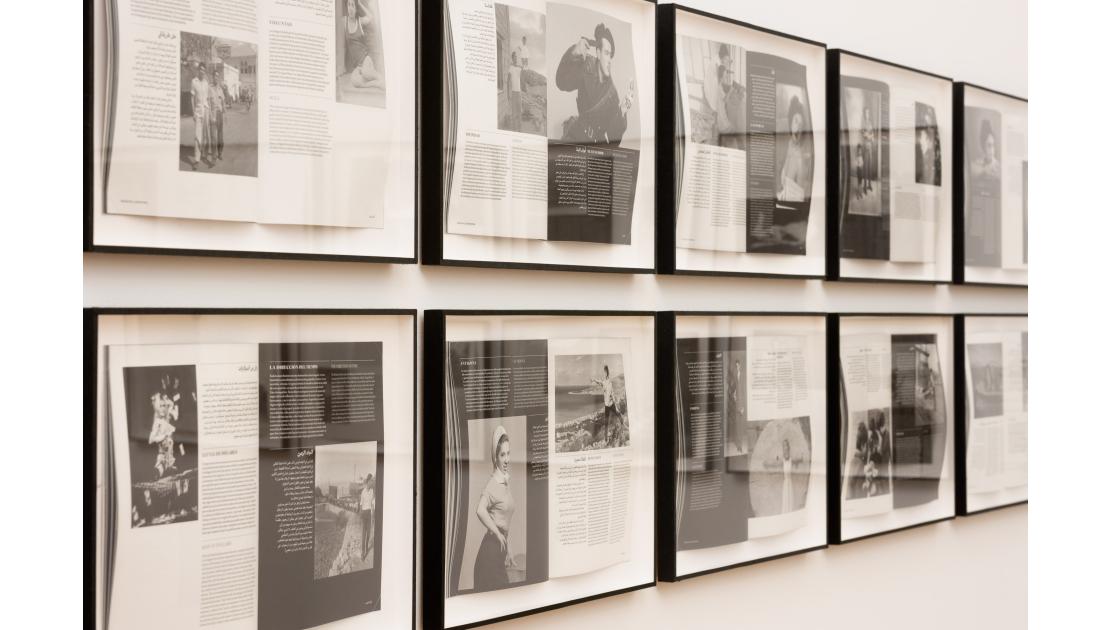 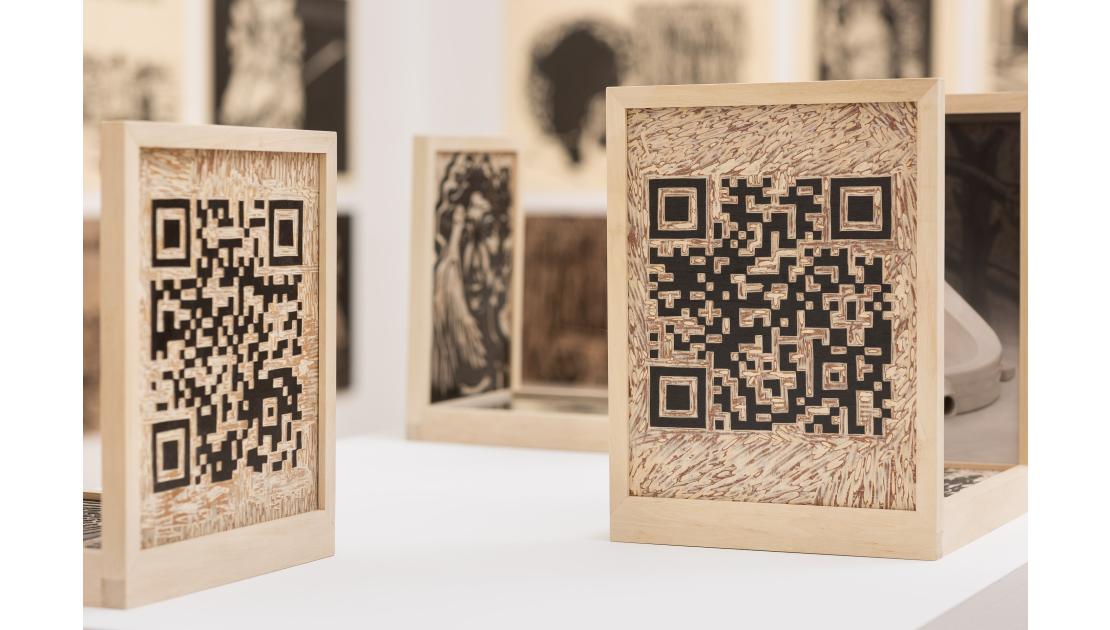 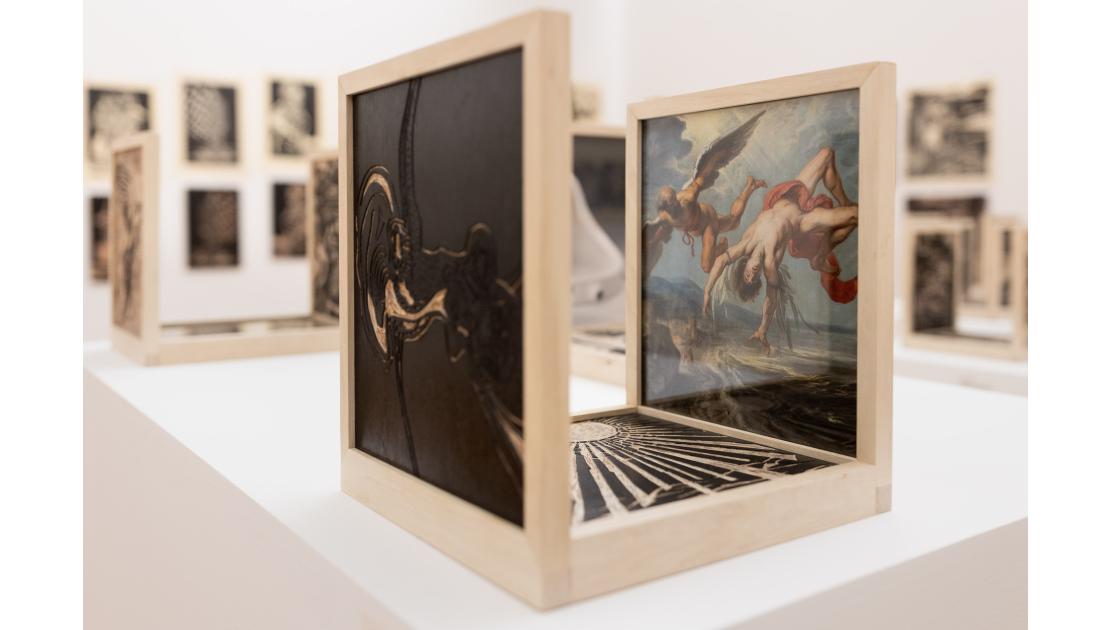 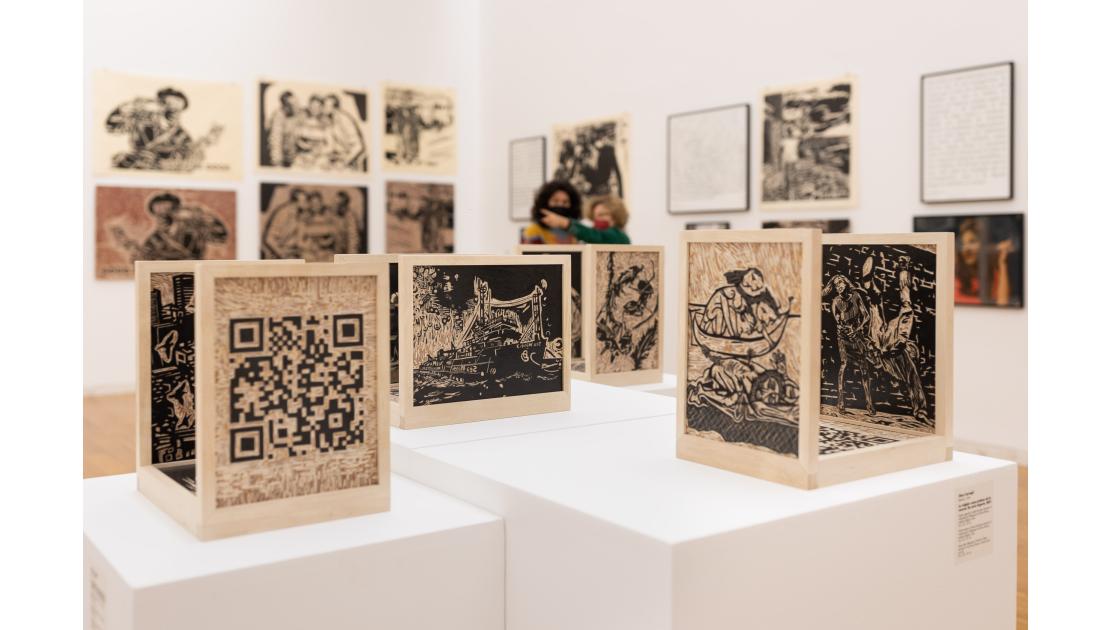 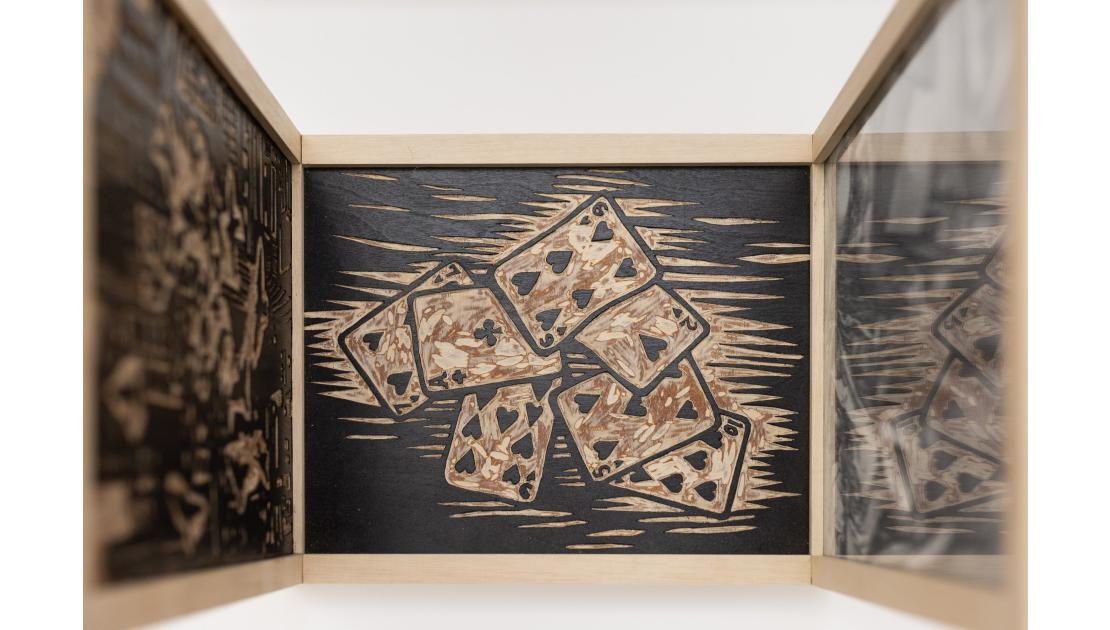 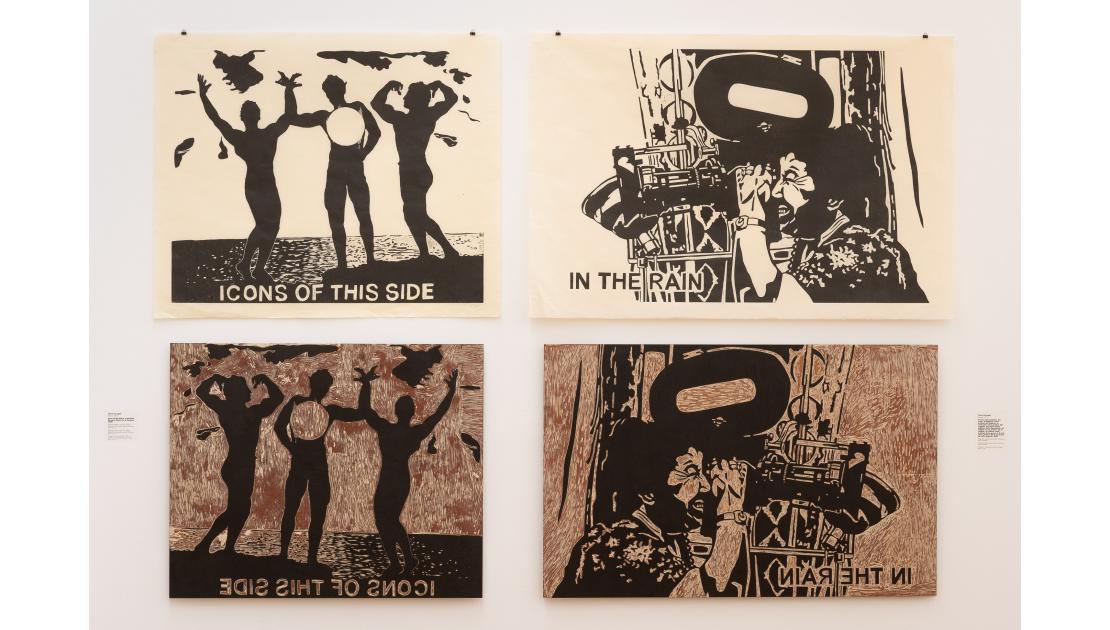 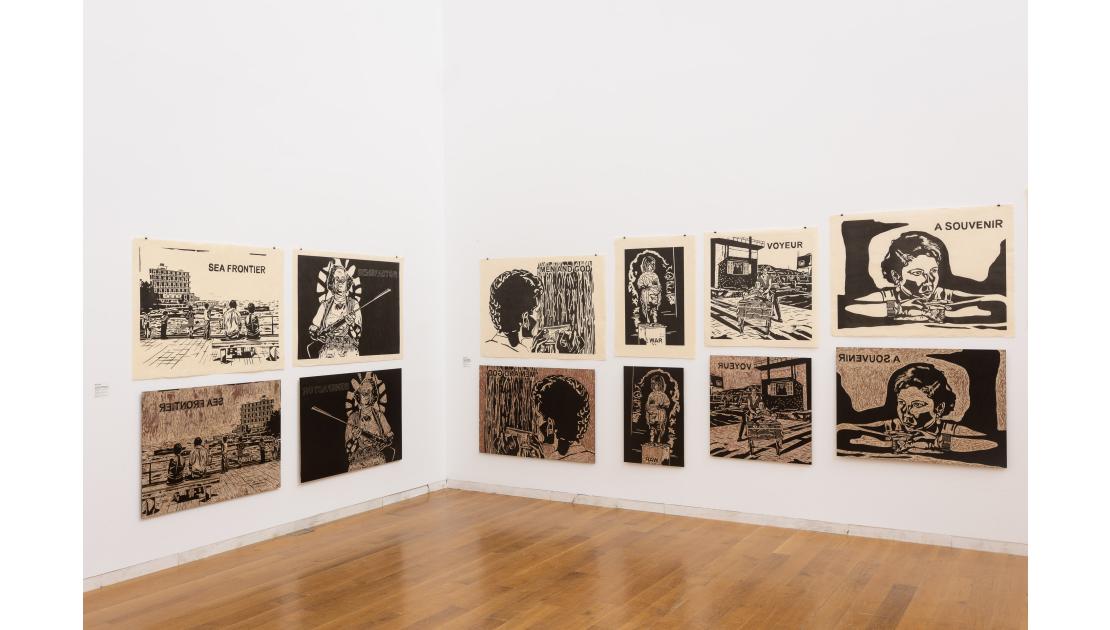 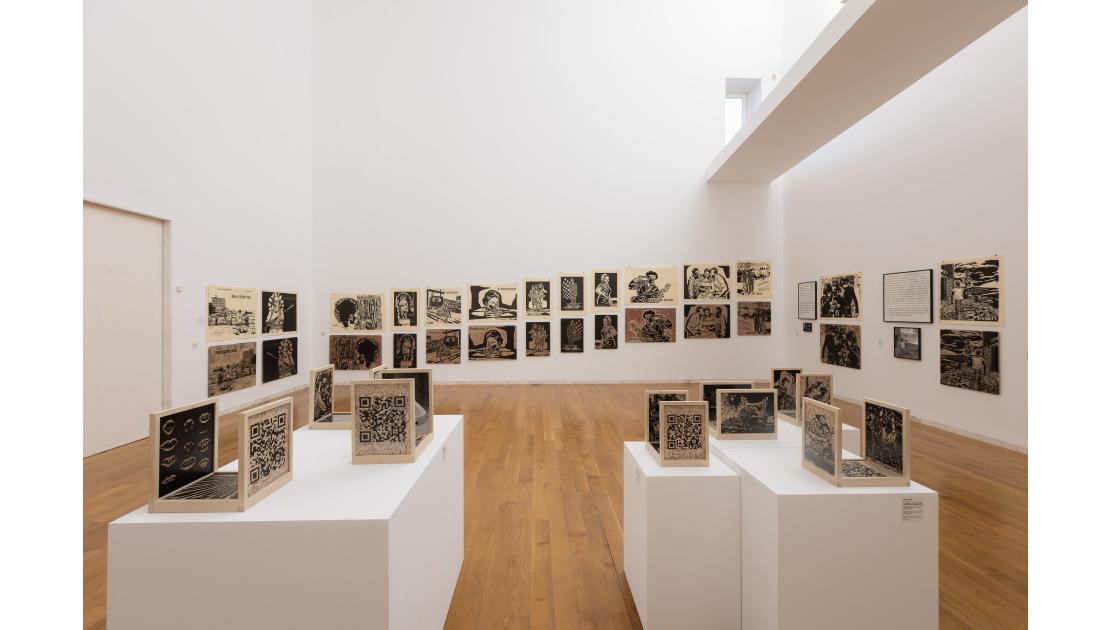 CLARA CARVAJAL. TOWARDS A BIOLOGY OF THE IMAGE

The exhibition Towards a Biology of the Image presents two series from Clara Carvajal: Dioses de la frontera (Gods of the Frontier) and Argucia (Sophistry).

In their initial approach, both apply to the biology of the image, an entirely innovative concept that the artist employs to question the transformational capacity of the image, which, while remaining true to itself, is updated in each new medium and, thanks to this journey, is enhanced and expands our gaze. By means of this concept, Clara Carvajal explores the plastic and sculptural dimensions of the photographic image.

Dioses de la frontera opens the way for a vital, expository journey: Beirut, those thousand and one cities where Clara Carvajal re-signifies images from the Arab Image Foundation, the archives of the newspaper An-Nahar and of the photographer, Emile Boulos Divers. Dioses de la frontera attempts to unravel the cultural forms revealed in the poses of the individuals in the photographs in search of a cosmovision of the Lebanese people. Thus, the artist opens up other ways of reading and her wooden carvings of memory are revealed to be polysemic on the basis of the social archetype they represent.

The image passes through four different materialisations: the printed photograph, the written text (the suggestive words of Teo Millán, attached to the image, functions as a referential account of enormous evocative power), the wooden carving, and the printing thereof. Each one opens up one or more narratives of a society belonging to a country fully immersed in the construction of its own identify after gaining independence from the French Mandate.

Argucia represents a step further along the same line of research, through the incorporation of three-dimensionality in seven boxes which function as open outlines. In these small sculptures, a tribute to Duchamp’s Boîte en Valise,Clara Carvajalquestions that which is revealed when we contemplate certain images: Do they converge in any way? Are they images which point towards the same origin in which an ideal sense of social forms is assisted by other forms that could be referred to as corrupt?

With both series, Clara Carvajal has immersed herself in an original exploration in which art is transformed into the natural medium for seeking out social and political forms, in a series of mirrors where the images re-emerge in different mediums to reaffirm their existence.