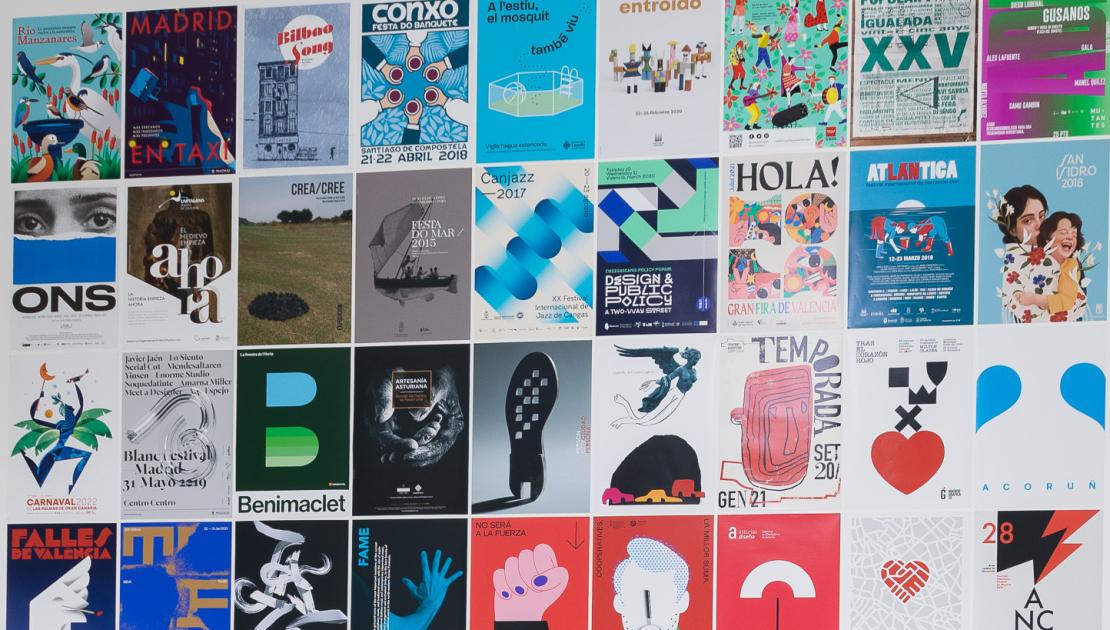 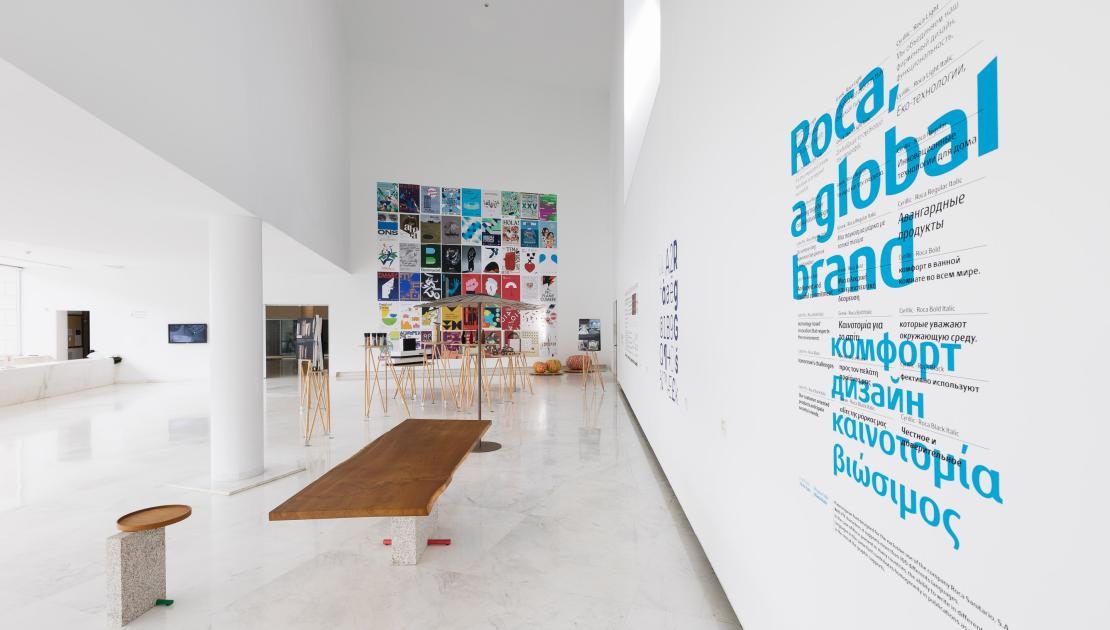 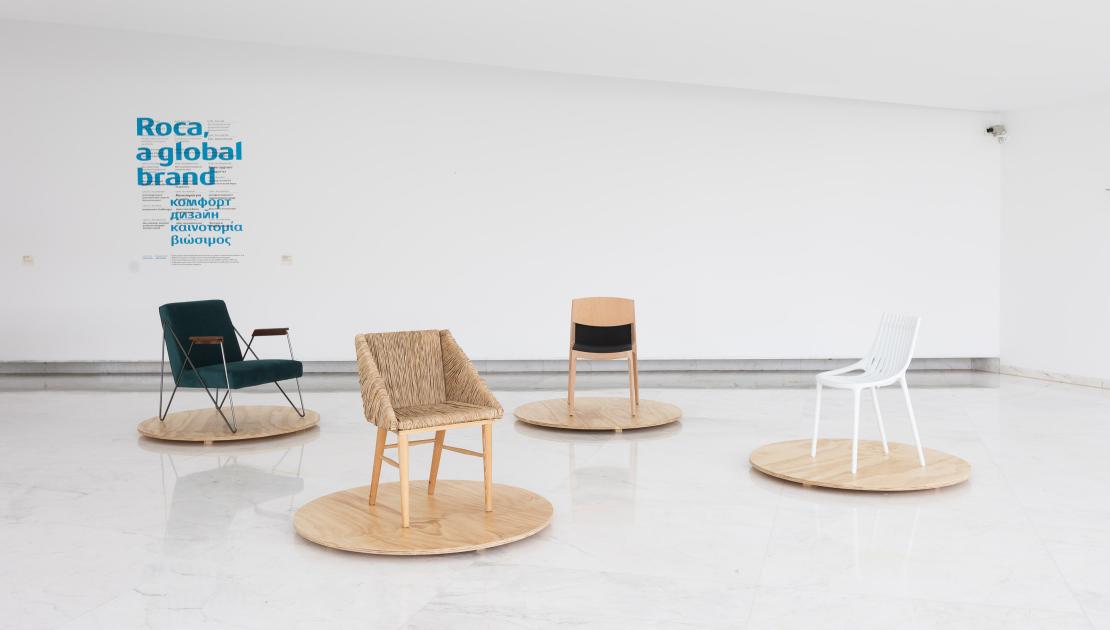 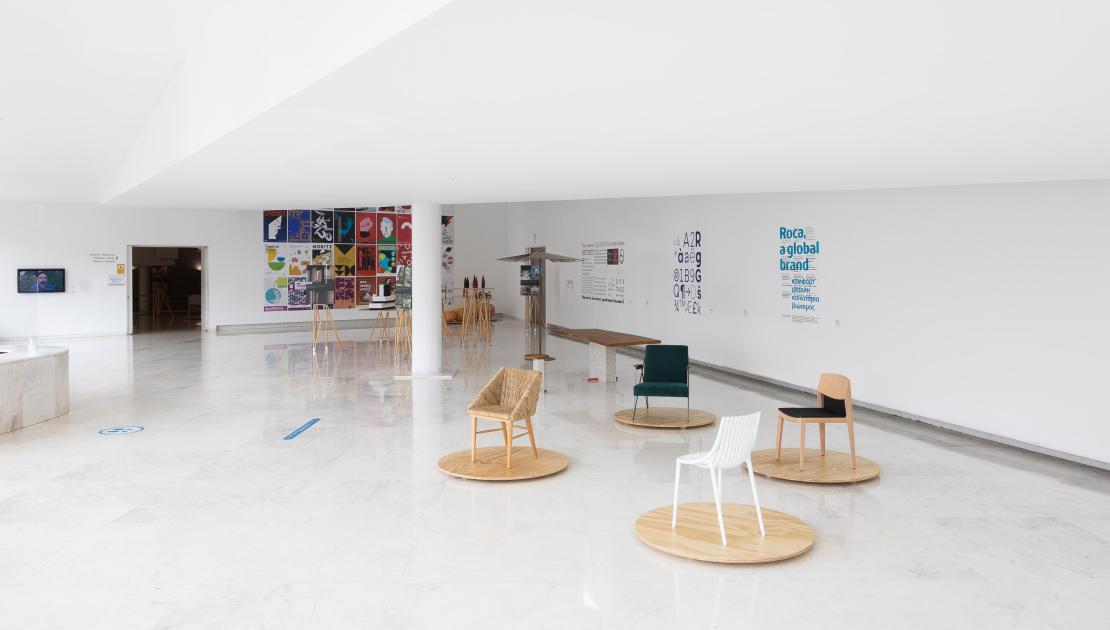 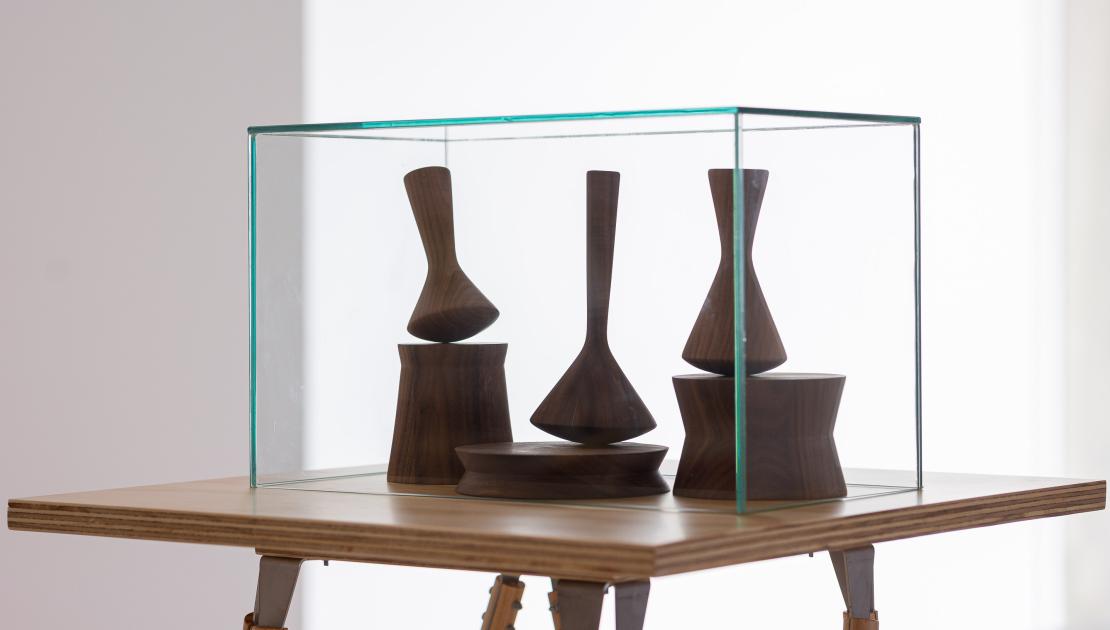 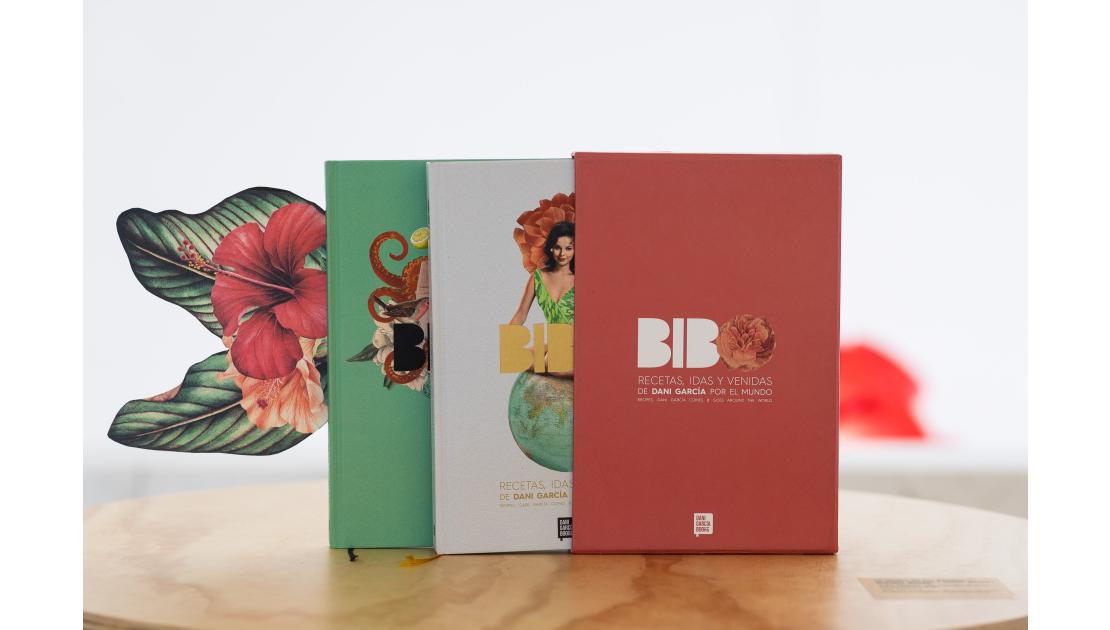 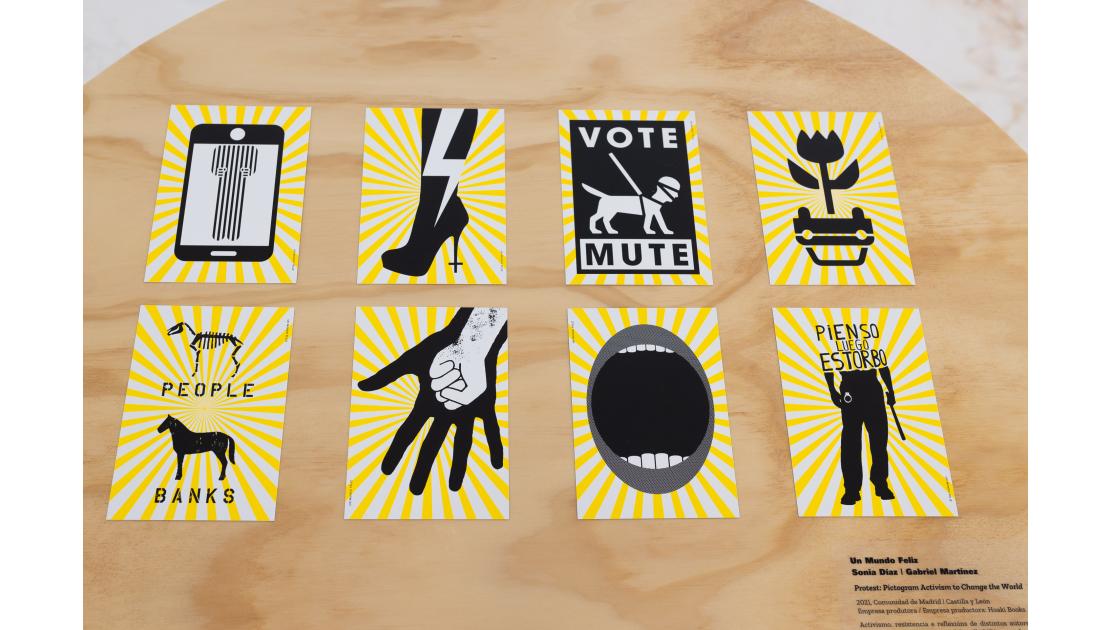 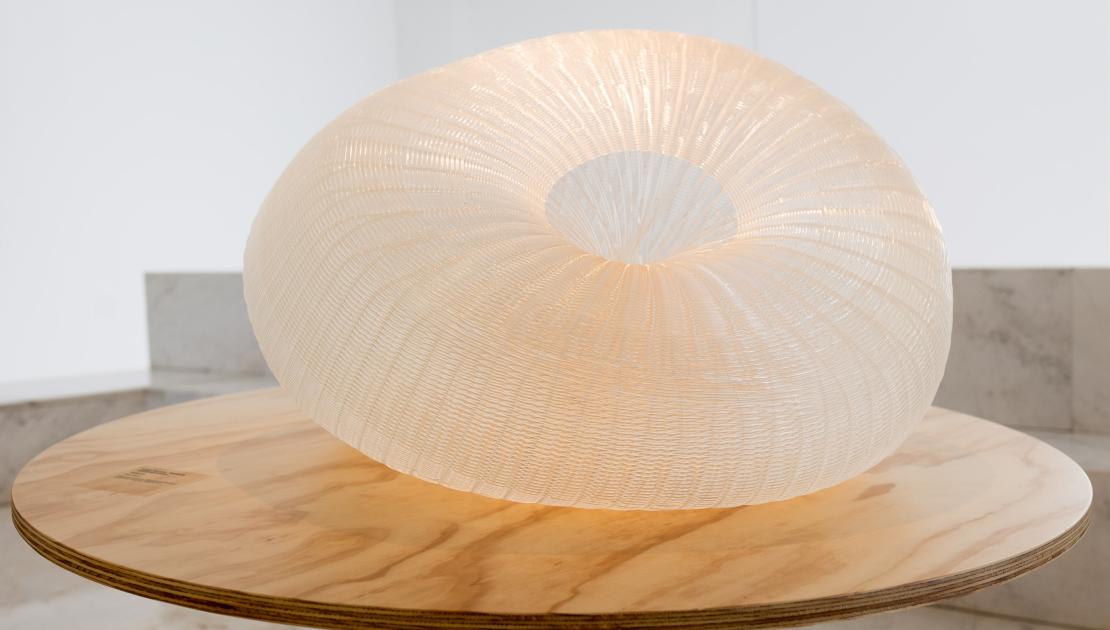 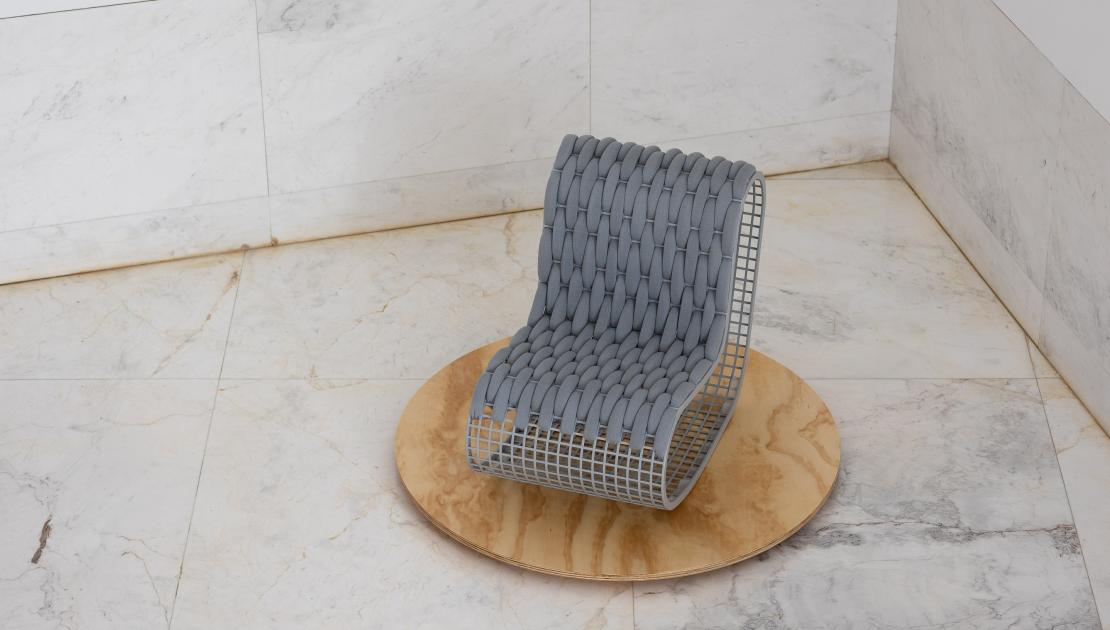 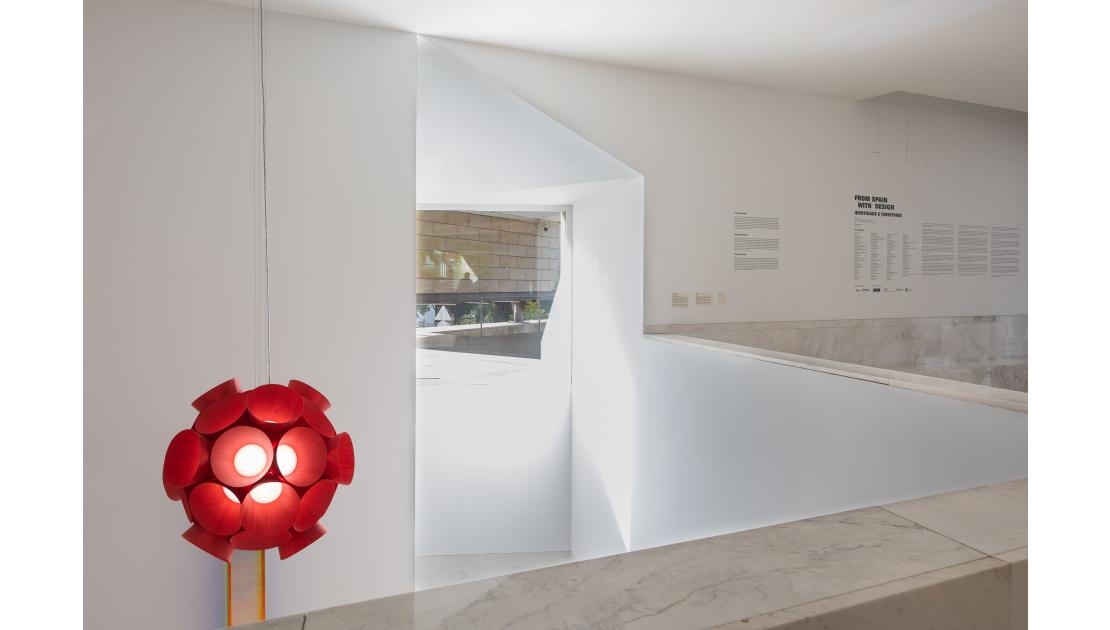 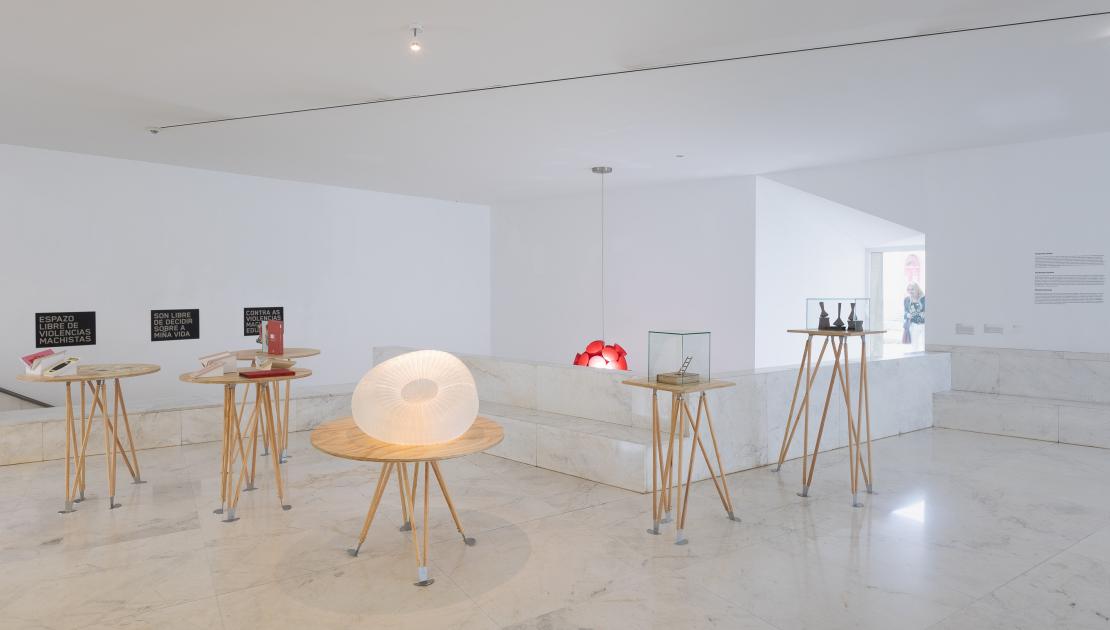 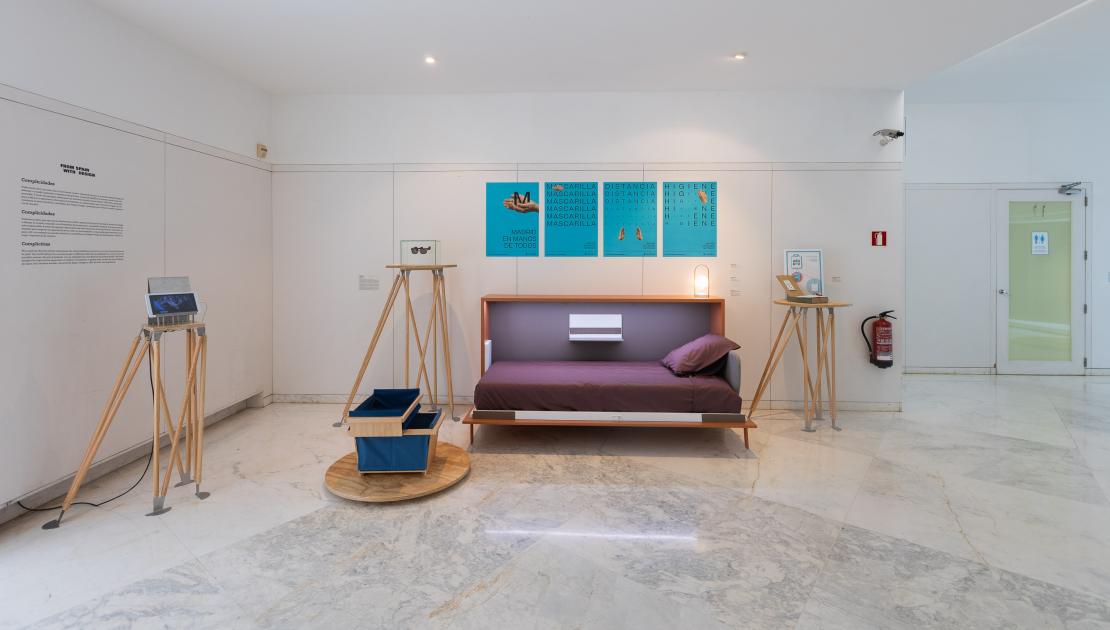 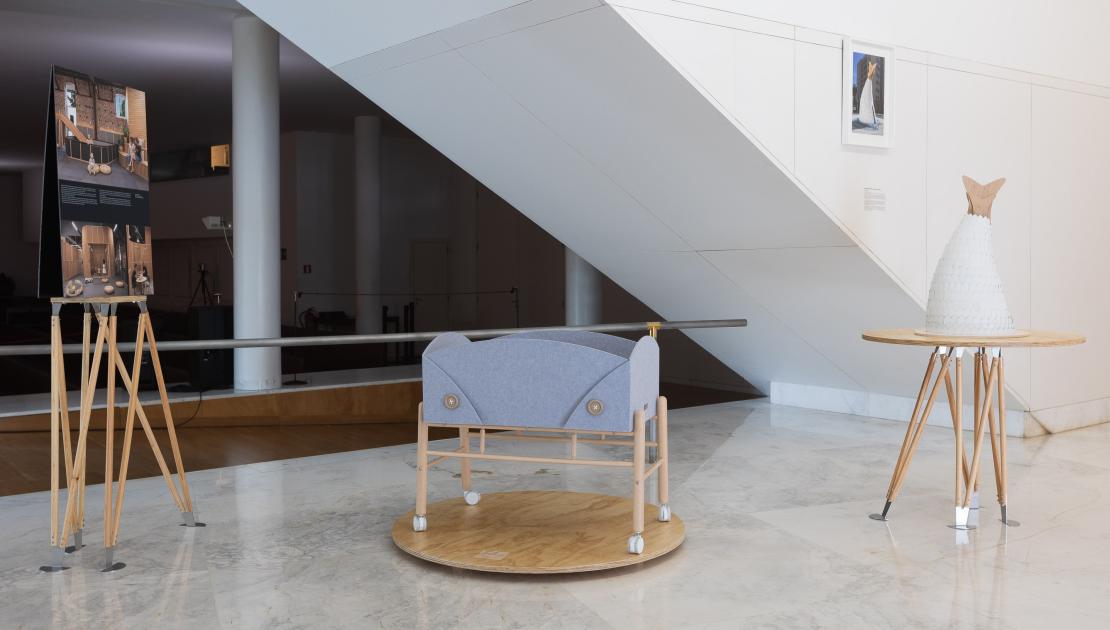 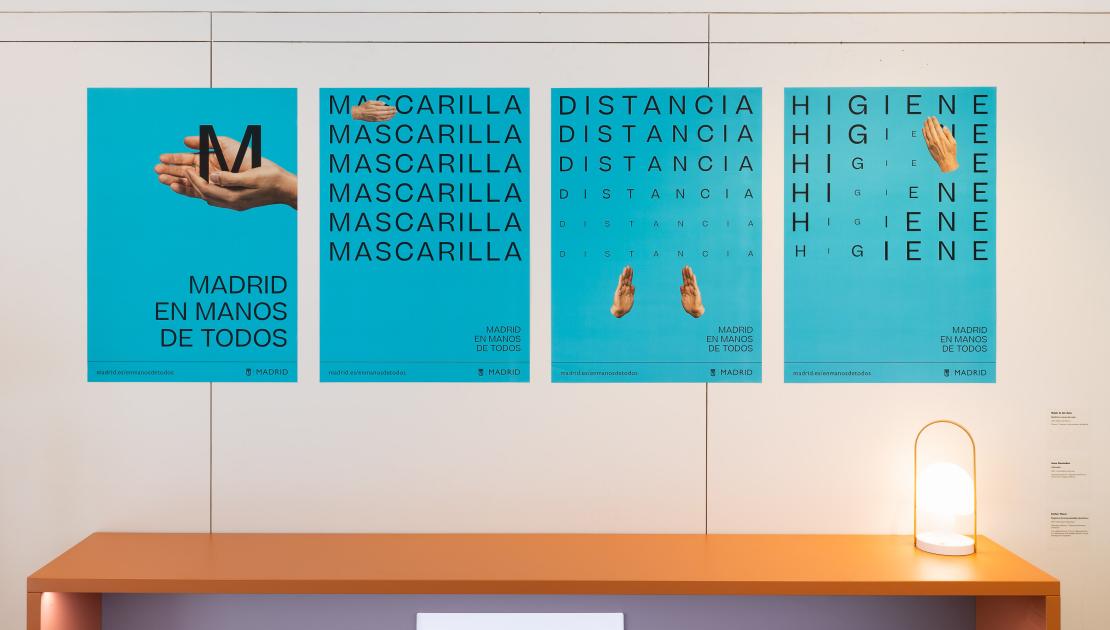 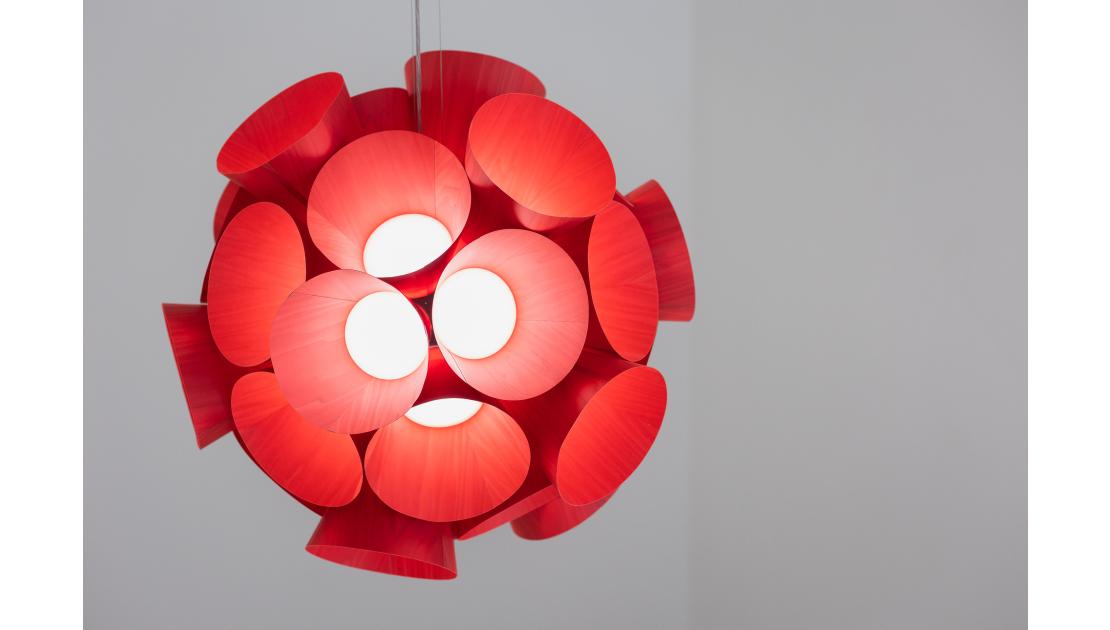 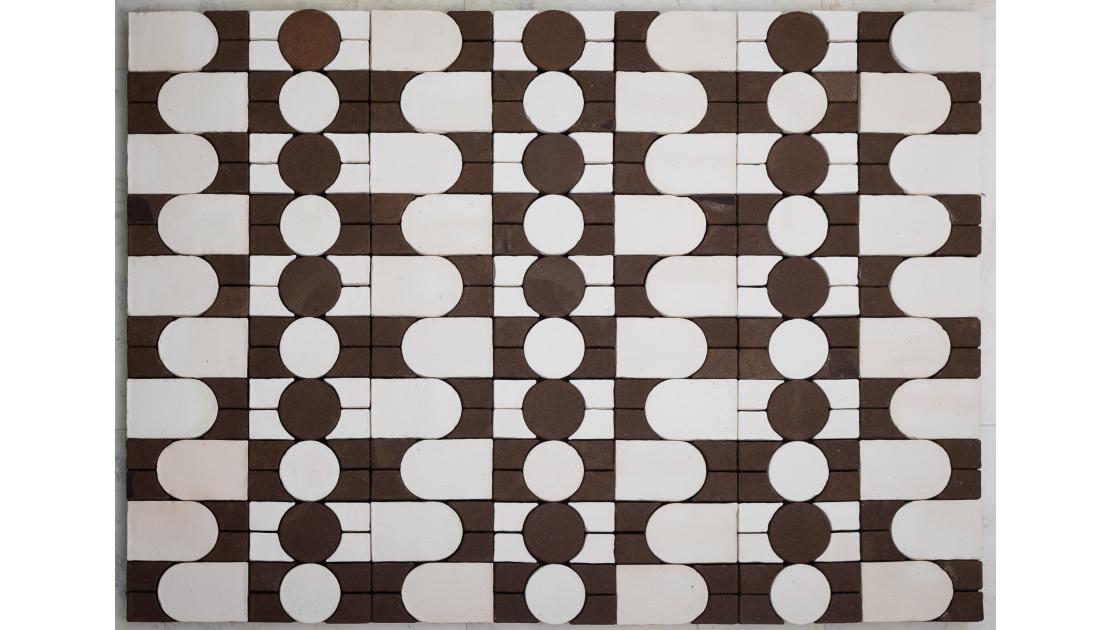 From Spain With Design (FSWD) is a project by READ, the Spanish Network of Design Associations (Red Española de Asociaciones de Diseño). It was conceived collaboratively as a tool for the projection of Spanish design nationally and internationally.

Within this framework, we present the FSWD / Identidad y territorio exhibition, which brings together design projects from different areas which, rather than just responding to the slogan of the call made to exhibitors, stand out for their quality, for their projection in the national and international market, for being a model of synergy between the designer and the company, for giving coherent responses, and for adding value.

In addition to this cornerstone idea, there are different conceptual bases that have contributed to the selection of 135 works from different fields: Identity and Territory, Intersections, Internationalisation, Sustainability and Complicities. Through them, we subtly approach the stories offered to us by both objects and spaces or ways of communicating. All have had a use, a utility, an end. They have created identity from the context in which they were born, responding to a problem or demand and, above all, to people's needs.

Identity and Territory.. This is the core that brings together proposals concerning heritage and that add the voices of their inhabitants. These proposals derive from a culture, a natural space, and a local identity to create a distinctive mindset that converses with a universal, common story. Design interprets—and addresses—the sense of belonging, ways of acting in a geographical space, values, rules and community ties in relation to the territory and re-positions them with a transformative perspective. This is demonstrated in works such as Baleas by Jon Abad, which speak to us of the sea and the Basque legacy, or Val de Barco by Tomás Alonso, a reinterpretation of craftsmanship, made with granite from Vincios and chestnut wood from Lalín. These works contrast with Odosdesign's parasols, which portray the warmth and sunshine of the Mediterranean.

Intersections. Designing tranverses more and more areas and connects different fields and professional activities, positioning itself in broad, transversal spaces which link different categories and disciplines, resulting sometimes in hybrid solutions that are not necessarily more complex, but rather covering a sometimes unclassifiable terrain: conceptual crossovers; thematic cores that have been challenged; creative convergences and divergences, and common paths that transform the linearly-established. In this block we have works by Pep Carrió, Idoia Cuesta and Martín Azúa, among others. Craftsmanship, advertising, art, design, conceptual and formal explorations go hand in hand, bringing new object-related or communicational perspectives.

Internationalisation. Currently, there are many Spanish professionals—freelancers, studios and companies—who have an international projection, either because they have managed to introduce products or services into the market, develop contents and processes, or have received recognition and/or awards. Working and producing beyond our borders is a long-term investment and an experience with an increasing number of success stories, such as the designs of Patricia Urquiola, Mormedi, Luzifer, Leblume, DIARADESIGN and Javier Jaén, whose works, among others, are on show at FSWD.

Sustainability. Design can and should have a positive impact on our living environment, on mobility, goods, ideas, industry, employment, and on our entire way of life. It is necessary to take environmental impacts into account and look for healthier processes and innovative and environmentally-friendly scenarios. Hence, we have some experimental projects such as the chair by Amalia Puga, made with ropes and fishing nets, or Cultivo desterrado by Rafa Monge.

Complicities. We could say that this theme transverses the whole exhibition because the current moment forces us to paint the world taking into account people’s wellbeing whilst facing challenges in a much more responsible manner. By way of example, we can highlight the contributions by Arauna Studio / Rai Pinto, designed to improve the experience of children in hospitals, or glasses that convert the surrounding 3D space into intuitive sounds, conceived by Alegre Design to offer the best user experience.

FSWD / Identity and Territory seeks to promote different, diverse initiatives undertaken by Spanish professionals in recent years in order to disseminate the productive layer. The exhibition also has allies such as production and distribution companies who understand the role of the subject area, its transformative power, and its contribution to society and we are grateful to them for their collaborative role in putting on this exhibition.

The paths of Spanish design are constantly opening up to new development and business prospects for professionals and companies in different fields, both locally and abroad. There is talent, creativity, experimentation and research. Ingenuity, strength, cultural plurality, innovation, heterogeneity and emotion define this territory of ideas that encompass the centre, the periphery and, of course, the global and universal.

But in a landscape that is still atomised, more and more initiatives are needed to make an impact on the market and to strengthen opportunities. This is why we hope that this exhibition (which is a limited selection of proposals from a wide and excellent range of work throughout our geographical area) will bring good design closer to the general public and help to position and increase the prestige of the role that this field can and should play. Works involving industrial design, graphic design, interior design and service design, some of them tranversing areas normally inaccessible to them as well as others considered within the limits of these definitions, converse in this exhibition, expressing manifestations linked to inclusion, gender equality, environmental concerns, technological ambitions or the search for new materials and uses. Each and every one of them constructs a scenario and an identity narrative that undoubtedly creates memory.

Designed with an itinerant intention, FSWD / Identity and Territory plans to travel to different cities and countries with the idea of sharing with different audiences this ambitious yet modest x-ray of the current condition of Spanish design and its best voices. This was the challenge of the exhibition design, developed by Enorme Estudio and the result of a call for projects. They proposed an exhibition that could be replicated in a ‘responsive’ format, adaptable to different sizes, to a variable number of projects and to a widely-diverse range of spaces, mainly using some bases, handcrafted in Galicia, with Galician wood, in Víctor Domínguez Gaviño’s workshop.

Curated and coordinated by Uqui Permui (DAG), Ángel Martínez (ADCV), Gloria Escribano (DIMAD) and Juan Lázaro (Cuenca Diseño), this exhibition is a vigorous example of open, generous and participatory work. Its development has involved the collaboration of members of the eleven associations involved in READ, with the essential involvement of design professionals and participating production companies.