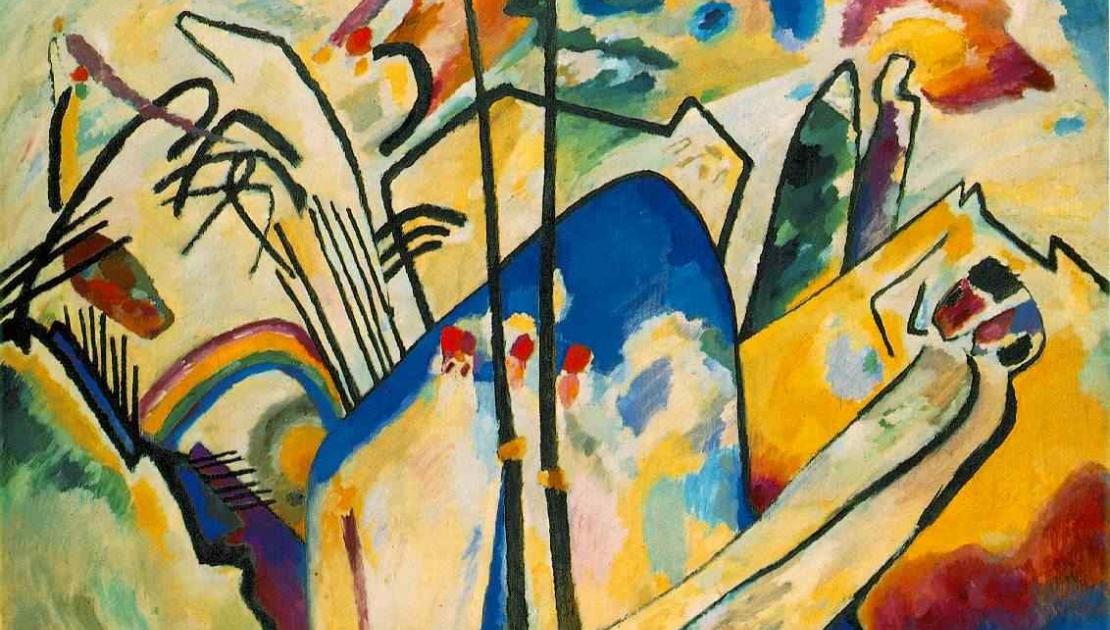 THE CONSTRUCTION OF MODERNITY: AVANT-GARDE AND POST-AVANT-GARDE ART, CULTURE AND HISTORY COURSE

The course content covers the period between the beginning of the twentieth century and the outbreak of World War II, which caused the first major breach in the paths of culture and art. A period, known as the historical avant-garde, that emerged in different points in Europe and that heralded one of the most creative times in history.

The course content covers the period between the beginning of the twentieth century and the outbreak of World War II, which caused the first major breach in the paths of culture and art. A period, known as the historical avant-garde, that emerged in different points in Europe and that heralded one of the most creative times in history. The art trajectory coincided with a series of political vicissitudes following the first decade of the century, such as the Great War, the triumph of the Soviet Revolution, later the Spanish Civil War and, finally, World War II—which ended up ravaging the continent. Nonetheless, these years were an exciting time for art. An enthusiasm based on major technological developments and the new science. Automobile production and the first airplanes, improvements in photography or the promotion of the performing arts triggered new and unfamiliar ways of seeing the world.

Visual arts developed in a series of currents or isms, which the authors themselves or their main critics called the different artistic experiences. Thus, Expressionism, Fauvism, Cubism, Futurism, Dadaism, Suprematism, Constructivism, Neo-Plasticism and Surrealism were the main tendencies.

Rather than a historical or artistic narrative, the avant-garde was a complex network of personal efforts and similarities. A timeframe full of discontinuities, differences and breaches. Since the start, all the activity of the first decades of the century constituted an atmosphere of experimentation guided by both a combative spirit and an attempt to achieve utopia.

12 January. The European panorama at the turn of the century. The Pre-Modernists. The first challenges of Modernism. Van Gogh, Gauguin, Cézanne. Nordic sensitivity: Edvard Munch.

26 January. The Avant-garde and its project. Overcoming Impressionism. From the spirituality of the Symbolists to the influence of the Pre-Modernists. The exaltation of colour: French Fauvism.

9 February.The identitary status of German art: Expressionismus. Its continuities and ramifications. From Die Brücke to the tendencies of the post-war period.

23 February. The dismantling of space. Las señoritas de Avignon. Cubism, its development and derivatives. The invention of collage.

9 March. Futurism. Marinetti and the myth of modernity. Women as a remnant of the past. Manifests and performance.

6 April. The interwar period: the reconstruction of Europe. Performing arts. The birth of Abstraction in Russia. Constructivism. The presence of women in Soviet art. Programmes and doctrines.

4 May. The Surrealist movement. From manifestos to visual arts. Background: metaphysical painting. Surreal options in art. The first Surrealists, Miró. The image as a support: Dalí, Magritte. The Surrealist painters. Similarities and development of Surrealism.

18 May. The twenties. The maturity of the revolutionaries: Picasso, Matisse. The ‘return to order’ and its impact on painting. The decó trend. The new objectivity and its future developments: Edward Hopper, Balthus.

1 June. The questioning of the concept of art: Marcel Duchamp: Of the ready-made to linguistic games, from opticality to voyeurism.

María Luisa Sobrino Manzanares (Vigo, Pontevedra, Spain, 1943) is a retired art history professor at the University of Santiago de Compostela. Her research work focuses on both Galician and global contemporary art. She has participated in numerous publications on the history of art and curated several exhibitions. Her publications include the following: O cartelismo en Galicia, Escultura contemporánea no espacio urbano and Nuevas visiones del paisaje: la vertiente atlántica. She’s the author of catalogues from exhibitions such as Seoane e a vangarda internacional: os seus mestres, os seus amigos,  A creación do necesario. Aproximacións ao deseño do século XX en Galicia, Galicia en cartel. A imaxe de Galicia na cartelaría turística, A Galicia moderna and Luís Seoane (the latter two published by the CGAC). As coordinator of the Contemporary Visual Arts and Creation section of the Consello da Cultura Galega (Council for Galician Culture), she directed and edited a series of more than a dozen publications under the generic title of Art +: Arte + espazo público, Arte + mulleres, Arte + identidade, among others. She edited, until issue 14, the publication of Quintana, magazine of the Department of Art History of the USC. She was a member of the CGAC Board of Trustees. She’s currently working on articles, conferences and reports related to the field of art.

Anybody interested in art, history and culture. Previous knowledge not required.

Applications can be submitted from 19 November to 17 December 2021. If you’re interested, send an e-mail to cgac.prensa@xunta.gal.

You should indicate your full name, ID number, studies, area of work or interest, an e-mail address and a contact telephone number. Once the application has been accepted, registrants will be informed of how to proceed with the payment.

The CGAC shall issue a certificate to all those who attend at least 70 % of the sessions.