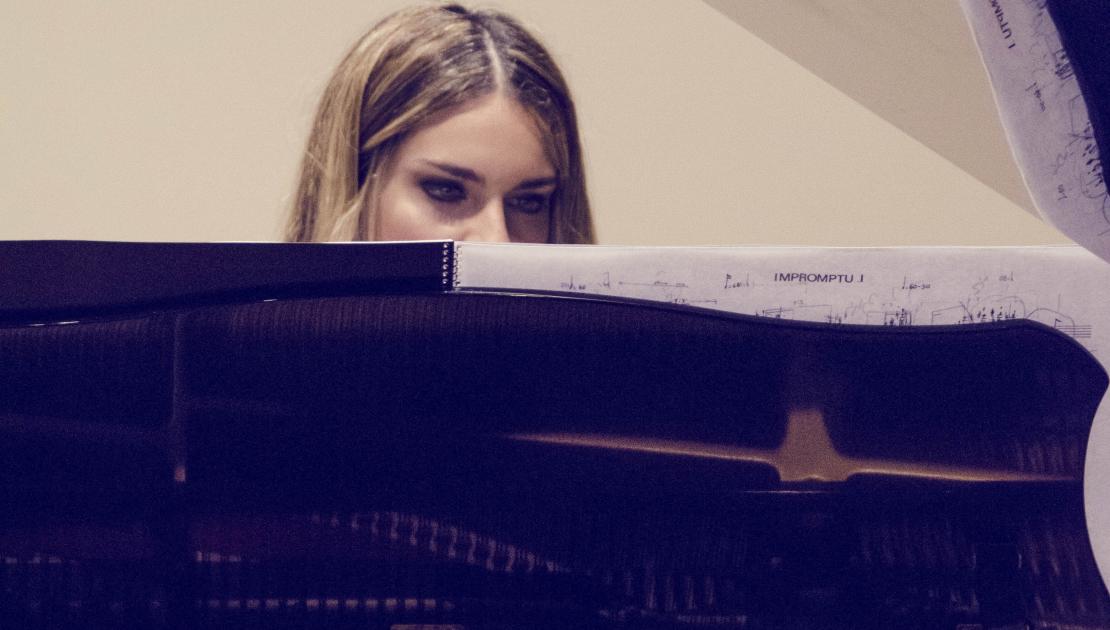 The CGAC is supporting the 64th edition of Music in Compostela, a programme promoting the preservation, knowledge and dissemination of Spanish musical heritage, with a concert that will be held at 8 p.m. on Friday, 5 August, in the CGAC auditorium.

Through the music and voices of nine contemporary women composers, the pianist Isabel Pérez Dobarro will introduce us to the eclecticism of modern musical proposals.

The concert will explore the role of women in modern music, allowing us to discover a kaleidoscope of sound spaces.

During the concert, the composers of the pieces will perform, letting their individual experiences to reach us both through music and words.

Isabel Pérez Dobarro (Santiago de Compostela, 1992) is an international concert artist who has performed in the Carnegie Hall of New York, the Rachmaninov Hall of the Moscow Tchaikovsky Conservatory, the Casina Pio IV in Vatican City, the Balassi Center of Brussels or the Palau de la Música Catalana, among many other theatres around the world. In 2021, she won the Women to Follow in Culture award, as well as the Executives of Galicia Award and was finalist in the Future Women in Classical Music in London. She has a PhD from New York University, where she started teaching at the age of 19 as an assistant instructor.  She also studied at the University of Harvard, the IE University, the Manhattan School of Music and the Madrid Royal Conservatory.