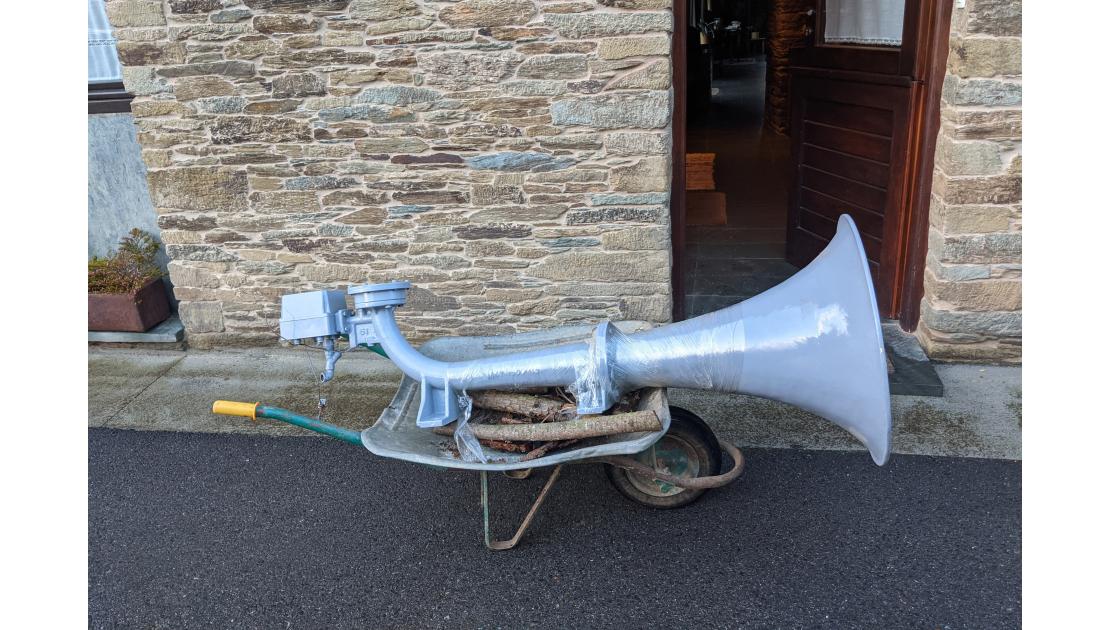 THE MUSEUM AS A STAGE

The Museum as a Stage advocates the role of artistic exhibition architectures as spaces for experimentation and in which to able to position oneself between the immediacy of performance, the immersive capacity of events on stage, the installations, the happening and avant-garde sonority. It achieves this using the proposals created for the occasion by artists Berio Molina, Marta Pazos and Rosana Antolí. These works convert the museum into a mobilising stage space through performative and theatrical action and the presence of the public.

In Dislocación (Dislocation), Berio Molina (A Fonsagrada, Lugo, Spain, 1979) proposes an exercise to take ownership of the museum. Together with Calís Pato and Alejandra Pombo, Molina will occupy the rooms at CGAC for nine days to activate the hooters installed on the Centre’s terrace, to capture the attention of the city’s inhabitants with their sound. What is that sound? What does it mean? Where is it coming from? Where should I go? Inside, the voices of the artists will rebound against the walls, searching for some kind of resonance. This is all one dislocation amongst others.

Rosana Antolí (Alcoy, Alicante, Spain, 1981) presents La charca (The Pond) an experimental performance exhibition that works as a hybrid choreographic space, integrating the audience as an active subject with physical and digital bodies in an infinite loop. In La charca, the audience, dancers, performers, scenographic sculptures and the screens are elements of the same futuristic aqueous system that reviews the fictional with objects and bodies in an infinite, open, relational context.

Contemplación (Contemplation), by Marta Pazos (Pontevedra, Spain, 1976), takes us to a primordial element of creation. A lime-green light similar to the fatuous fires that exhale bodies as they breathe their last breath of life. Whales are the only animals that keep and guard the Akashic records and they will be the ones to show them to us. With their songs and vibrations, they spin and anchor light information beyond the sensory plane. Whales are active in healing the oceans. With their songs and energy, they purify the memories stored in the water. Blue whales have been arriving on our shores in recent years. They are believed to be guided by their memory.